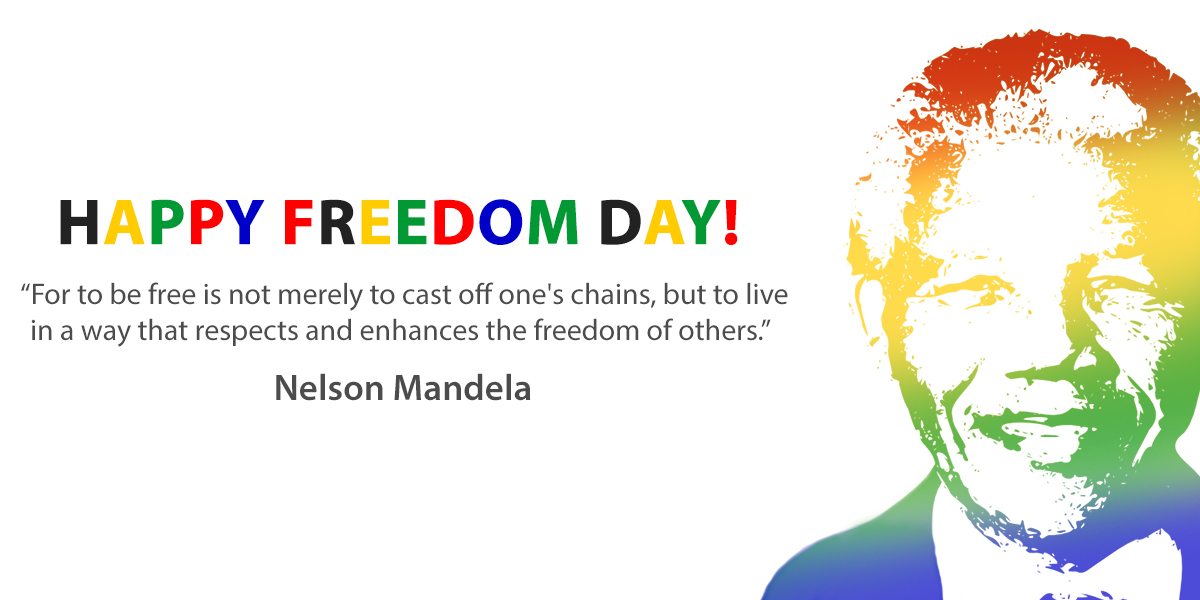 While we’re celebrating the first post-apartheid elections held on this day in 1994, it is also a day to ask ourselves what freedom means to all citizens.

Our country has a Bill of Rights that is second to none, which is widely recognised as one of the most developed charters in the world. Let’s celebrate that and how far we’ve come. But let’s also think of all the challenges we need to overcome before we can truly celebrate Freedom Day.